Mandalas - contribution from Zoe Ainsworth-Grigg to Bring and Share service, 30.5.21 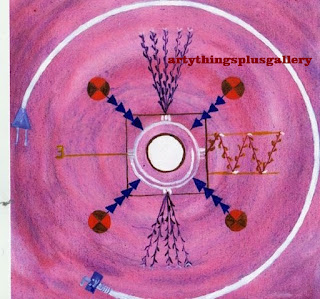 The Navajo created sand paintings as part of a healing ceremony.. This mandala is based on sequence used in a creation myth and ceremony called the Blessingway

It celebrates the coming into the world of abundance and life represented by four sacred crops: tobacco, corn, squash and bean.

It is performed to celebrate  or bring about the turning point in someone’s life.

The shapes are highly symbolic. The centre circle represents the cosmic lake from which all life emerged and from where we can be purified and re born, while the outer circle is the boundary of the earth, where it meets the sky. Boundaries between earth and water, and shapes meaning clouds and mountains.

The Navajo believe that only positive spirituality can enter through the East. The circle contains a stylised representation of the Rainbow Goddess. 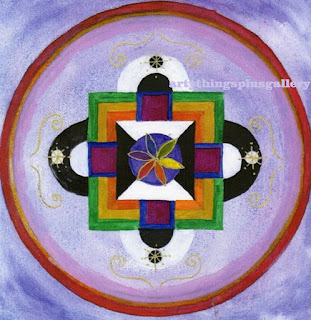 There are many different Buddhist mandalas. This is taken from the Tibetan tradition.

Within the central place is the Buddha, who is both the representation of a enlightened being and ourselves when we are happy, healthy and free. The lotus flower is used to signify this state.

The four directions within the palace signify the circles of earth and time, they remind us that the wheel of life is always turning and each step can take us closer to the centre if we choose.

The foundations of the palace are the primal elements which make up the \universe and from which we are ultimately made. Protective spirits or door keepers bar entry to the palace in each direction. Only those who approach with pure intention can pass.

The outer circles indicate key stages through which must pass.