The Western Union INVITES you to visit us in the West Country.

Our special event this summer is the visit of Rev Maria Pap and family in July/August for a month. We would be delighted if you are able to attend any of her events, or otherwise to visit or attend any of our chapels when you next visit the West Country.

During her visit, Maria will have a Mobile Phone: 07532 255 505 (a British Pay-as-go mobile on the network) if you need to contact her.
Please attend and encourage friends and contacts to attend, as many of her events as practical.  She will make a different presentation or address (sermon) on each occasion.  I have seen several of these.  Her information and ideas are very interesting and well worth hearing.
I hope Rev Maria Pap and family (husband Laszlo, daughter Abigail (17)) will also visit to see and photograph most or all the other churches in the .  Details still to be arranged.


Come and sample the delights of the West Country!

If you’re planning a holiday in the West Country this summer, why not drop in on one of the Western Union Unitarian Chapels during your stay?

This summer, in addition to their normal pattern of worship, the Western Union chapels will be playing host to Rev. Maria Pap from the Transylvanian Unitarian Church, who will be leading worship and giving talks across the region.

The West Country boasts miles and miles of rugged coastline: take a walk along any stretch of the coastal path, and you’ll discover hidden coves, cobalt blue lagoons, golden sandy beaches, waterfalls with streams trickling down to the sea, and strange, imposing rock formations, crafted by the unrelenting hand of the Atlantic. Or if walking’s not in your remit, try taking an open-top bus trip around the coast. Stop off at Marazion and hop across the causeway to St Michael’s Mount; visit Penzance, Landsend, the wonderful art galleries of St Ives, or take in a play at the Minack Theatre, the amphitheatre style open-air playhouse, built into the Cornish cliffs, overlooking the sea.

As well as boasting some of the best surf in the country, Cornwall is also home to the Jamaica Inn, the setting for Daphne du Maurier’s spooky novel of the same name, or travel inland to the Eden Project: the largest indoor rainforest in the world.

The Doone Valley on the Somerset / Devon border was the dramatic setting for R.D Blackmore’s romantic tale of Lorna Doone and the wilds of Exmoor still have the power to captivate the imagination. Or visit Glastonbury Tor in Somerset; an ancient site of religious pilgrimage. Further up into the West Country, as Britain’s fifth biggest city, Bristol boasts an array of historical and cultural intrigues. And just along the A4 from Bristol we have Bath, with its regal Georgian architecture, the setting for many a scene from Jane Austen’s novels, as well as the fascinating history of Bath’s Roman Spa. Or there’s the Jurassic coast of Dorset and East Devon, spectacular scenery – England’s first designated World Heritage Site.

And what trip to the West Country would be complete without indulging in a cream-tea?! With real Devonshire clotted cream! Enjoy it at one of the many idyllic fishing villages dotted around the West Country’s miles of coastline, or even upon taking a boat trip to Lundy Island – the dramatic rock-outcropping where the Bristol Channel meets the Atlantic off the North Devon Coast. And if you’re coming during the first week in August you might want to check out the Sidmouth Folk Festival!


Maria will be accompanied on the visit by her husband Laszlo and her 17-year old daughter Abigail, who will be attending the youth event ‘5 Days Away’ at Hucklow, during their stay. Maria will be speaking on a different topic at every service she leads in the Western Union, as well as at the various speaking events which are currently being lined up. Themes for her addresses will include the role of women in the Church; the structure of the Unitarian Church in Transylvania; the history and future of the relationship between British and Transylvanian Unitarians; forms of worship in the Transylvanian Unitarian Church; and the theology of Transylvanian Unitarianism. There are plans to publish Maria’s addresses in a booklet to commemorate her visit.


As those of you who have studied the history of Unitarianism will know, our movement in Britain owes much to the origins of Unitarianism in the middle-Europe of the sixteenth century. It was the theologian David Ferencz, who influenced the Transylvanian King John Sigismund II to issue the Edict of Torda in 1568, which proclaimed religious toleration throughout the land: an event which we Western Unitarians are hoping to commemorate annually by celebrating the second Sunday in January as Religious Freedom Sunday, adopting an idea recently put forward by Bill Darlison. Also from the hotbed of theological dissent which brought forth the Edict of Torda, came the Racovian Catechism in 1605, a distinctly Unitarian philosophy of Christianity, inspired by the writings of Faustus Socinus in Poland. It was John Biddle in the seventeenth century who took up this line of Unitarian thinking, and translated the Racovian Catechism into English. Thus Unitarian theology spread to England from Europe, and inspired the likes of Theophilus Lindsey and Joseph Priestly, who went on to establish the first avowedly Unitarian churches in Britain and America. Maria’s visit will allow us a unique opportunity to compare how the Unitarian movements in Transylvania and Britain have developed in the intervening time, allowing us to explore such issues at the ordination of women, doctrinal orthodoxy, religious freedom, and how the movement managed to survive behind the Iron Curtain – religion in a time of political oppression, so recent in our history.


A new Unitarian Fellowship has recently been founded in Glastonbury, and there are plans to form one in Cornwall. If anyone in Cornwall is interested please email anthony_loveys@yahoo.co.uk. The Western Union Annual Meeting is on 6th June in Plymouth, to which any holiday-makers would be most welcome. 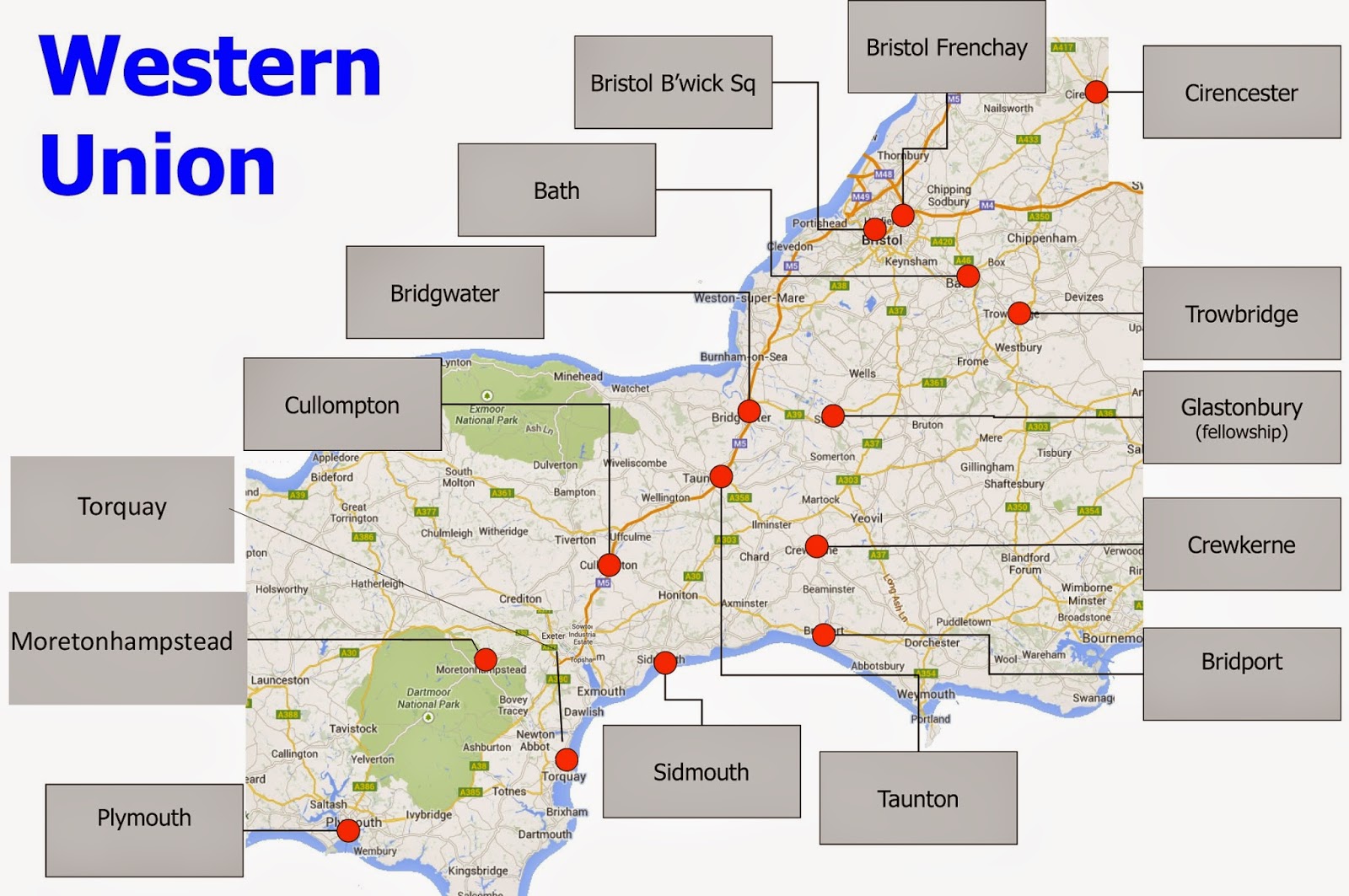